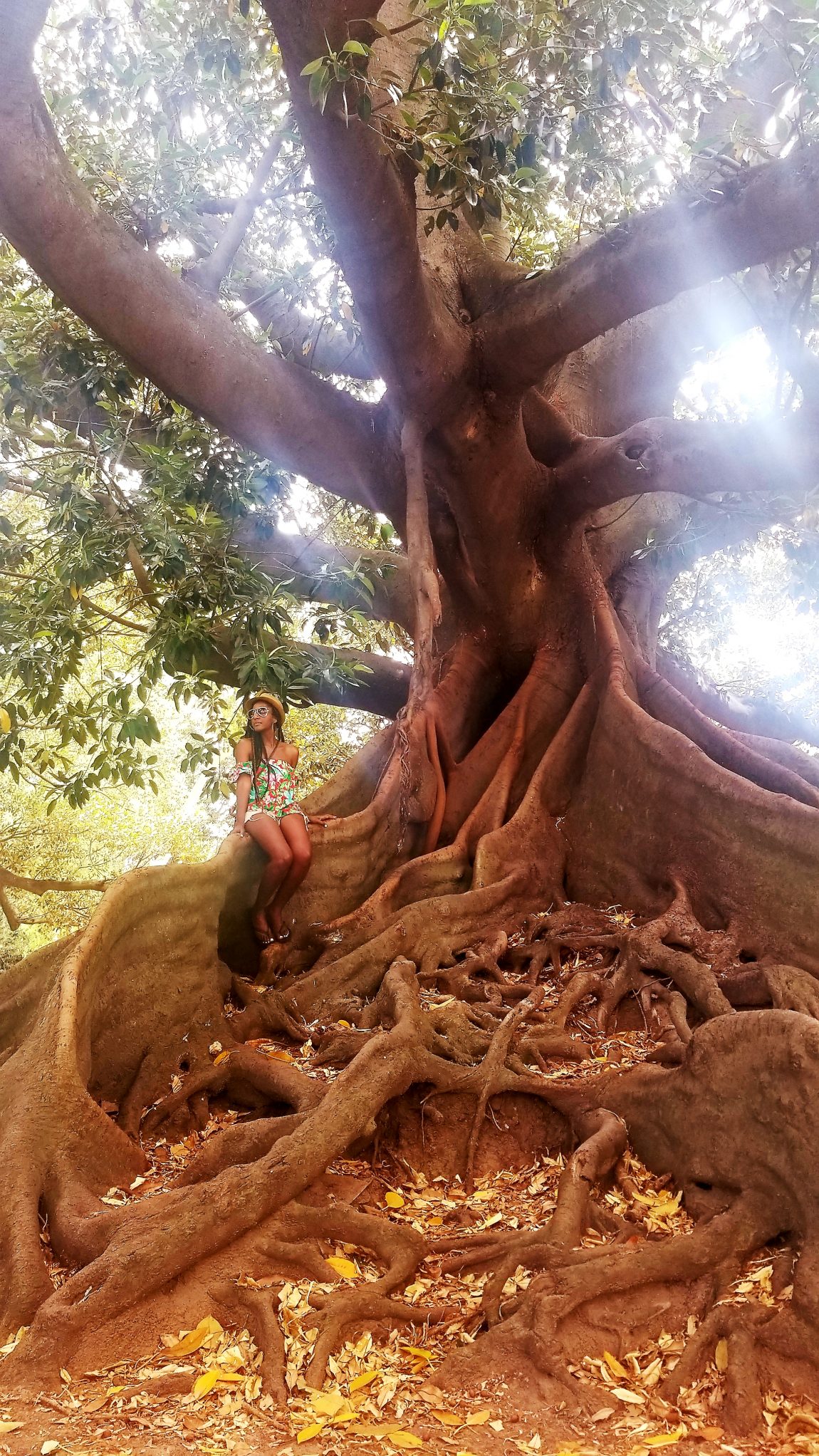 Buenos Aires: a City Filled with Art, Culture, and Enigma

Buenos Aires, literally translates to “good airs” (or “good vibes”) and in terms of the city’s atmosphere, the name couldn’t be more appropriate. There is a decidedly laid-back element to this bustling metropolis — unlike any I’ve seen for a city of its size. Parks with plush, rolling hills provide ample space for porteños (as the locals are called) to sprawl out for a leisurely read or a cuddle with someone special.  And as if to match the relaxed pace of the city itself, summer evenings stretch on interminably with no sunset in sight until around 8pm. These extra-long days provide ample light for the dinner crowd, which usually starts up at around 9pm and winds down a little after midnight. Argentines are light on their breakfast and lunch (el mediodia), so they can savor their decadent, robust and extended dinners. The food is incredibly affordable and the steak and malbec, in particular, are impeccable.

A mural in Palermo Soho.

Buenos Aires is composed of about forty-eight neighborhoods (los barrios). We visited five of them in the week we were there (Palermo, Recoleta, Retiro, San Telmo, and Puerto Madero).  We also took a speedboat to nearby Tigre, a city on the Parana River, just outside of the metropolis, where many city-dwellers have summer homes.  Another quick getaway is to Mendoza, the wine region where all of the spectacular Argentine malbecs are created and nurtured to perfection. After a week spent sipping these stunningly bold, rich wines (that amazingly, did not result in my usual red wine headache), a trip to Mendoza is most certainly in my future.

Showtime at Madero Tango in the Madero neighborhood.

Art museums abound and the collections found there do not disappoint. Street art can be found in higher concentration along the walls of Palermo Soho (a hip, artsy-yet-chic neighborhood that is densely packed with shops and bars), and to a lesser extent, other neighborhoods.  Argentines are experts at fashioning leather, and you can find ornate, handmade leather goods, exquisite jewelry and crafts in the crowded street markets on weekends (San Telmo Market is the most well-known market but according to the locals, each neighborhood has its own).  Jazz clubs, speakeasies and tango dinners are prevalent and are available to patrons well into the night.  And speaking of music, I was delighted by the Argentines’ deep love and appreciation for reggae music, which can be heard often, but — unlike the lover’s rock you’re used to — always paired seamlessly with passionate Spanish lyrics.

If you’re not a hotel guest, you’ll have to purchase a day pass to swim at the gorgeous Faena Hotel near Puerto Madero.

Buenos Aires is a great place to visit if you want to practice your Spanish.  There is a decent amount of English being spoken (especially at the upscale hotels and some restaurants), but if you’re planning to take an Uber or shop the neighborhood markets, a working knowledge of Spanish is imperative. I honed my Spanish-speaking skills ordering “mi bife apunto,” sampling ice cream flavors like “maracuya crema,” and instructing our Uber driver to meet us “a la esquina de…” Practice your Spanish skills freely because your efforts will be appreciated. And be mindful of the fact that porteños use “vos” and pronounce “ll” with a “jah” sound.

A beautiful church interior in Recoleta.

Friday nights in Palermo Soho are festive, complete with happy hours (try a fernet and coke), and string lights.

I spent one afternoon in the classy neighborhood of Recoleta watching locals perform tango in the park with musical accompaniment by a soulful guitarist. The breeze was cool and welcome given the scorching heat of day. I people-watched as porteños peacefully went about their everyday lives: petting their dogs, sitting alone with their thoughts, and snapping pics on their smartphones. My clarity and calm were tinged with an acute awareness of the natural and man-made beauty all around me. In that moment, I experienced a serenity that is rare for a New Yorker.  It was enveloping, without being sleep-inducing. It was blissful. It was heartbreaking in its tenderness. It was a peace I hope to recall and hearken back to in my tenser moments.  In that instant, I knew that this is the how each of us is meant to live.

With Stefania, founder of Buenos Aires Celebra La Comunidad Afro, an organization working to increase visibility for people of color.

Argentina is considered by many to be the least ethnically diverse country in South America. Specifically as it relates to people of African descent, this reputation appears to be quite accurate. According to a 2014 article in The Root, penned by Professor Henry Louis Gates, in a population of 42 million nationwide about 97% of Argentines self-identify as white.

The history of Africans slaves in Argentina and the generations of descendants who came after them is a controversial one, veiled in mystery and according to some historians, fraught with pain.  I was curious to find out how Argentines (white and black) are confronting this troubling and largely unacknowledged past.

One Sunday in San Telmo market, we met a woman named Stefania who created an organization called Buenos Aires Celebra La Comunidad Afro to raise the visibility of people of African descent within Buenos Aires and Argentina (i.e, lxs Afroargentinxs).  She spoke with us about some of the challenges her people are facing and we were moved by her passion and tenacity. Stefania was the only such voice I heard during my stay, and the experience left me even more intrigued about race relations and the mysterious disappearance of African people — and their descendants — in Argentina over time.  A return trip would find me focusing more on this aspect of Argentinian history and culture.

As a group of three black, female and American travelers, we were hard to miss in Buenos Aires.  As a result, we were quickly identified as tourists, but often mistaken for Brazilians because in Buenos Aires, black tourists commonly are.  We were typically the only persons of color in restaurants, or in the sea of people pouring into the streets during Sunday market.

Thankfully, none of us experienced overt racism during our week there; nevertheless, our race made us obvious foreigners. And given that pick-pocketing and muggings are on the rise in B.A., this can be a major disadvantage.

Recently, my friend Leah (host of Out Loud With Leah) and her sister were robbed at gunpoint while walking to the bank in Palermo Soho.  It was their first night in the city and they were a block away from their hotel. A car pulled up alongside them and two men jumped out — with guns. With both revolvers pointed at Leah, she says she “blacked out” and began operating on autopilot. At the end of the ordeal, Leah and her sister had handed over wallets, jewelry and an iPhone.  The muggers quickly sped off with the money and valuables.

Leah and her sister, understandably shaken and grateful to be unharmed, decided to leave Buenos Aires immediately.

Leah’s experience was a terrifying one.  But it hasn’t turned her off to travel or to the city of Buenos Aires. “I do not believe my sister and I were targeted for being black,” she told me. “We were targeted because we were female and foreign.  I’m definitely open to going back to Buenos Aires one day. However, I’d only be willing to embark upon that journey with a larger group.”

Pickpockets and muggings are a reality in many destinations. For black travelers in Buenos Aires (and in other locations throughout the world), know that your race will make your tourist status more evident.  And while it is unlikely that you will have an experience as unsettling as Leah’s, you should always be aware of your surroundings and travel in groups whenever possible (particularly at night).

Fervor: This chic, sophisticated restaurant is more than just a pretty face.  This was the best steak of our trip (and perhaps, of my life) and insanely affordable. How, Sway?!?!

The Donut Market: This quaint little donut shop single-handedly defeated all of my low-carb resolve. And good riddance too. These fluffy, freshly-baked confections were so worth the caloric free-fall.

El Burladero: If you tire of steak that is cooked to absolute perfection, perhaps some seafood paella will whet the palette. We literally sang all the way home after this flavorful taste of Spanish decadence. Not to be missed.

Museo Nacional de Bella Artes: Paul Gaugin, Edgar Degas, Rodin, and the work of many more famed and acclaimed artists dwell here. You’ll become lost in and enamored by the collections, and may for a moment, forget you’re in Buenos Aires.

Freddo: If you visit Buenos Aires in the summer, you’ll want to visit this local ice cream chain (helederia). I went there everyday (todos los dias) for some version of passionfruit ice cream or gelato.

Recoleta Cemetery: Considered the “World’s Most Beautiful Cemetery,” I had absolutely no interest in going at first. But an early morning walk and the shadows cast by a beautiful sunrise led me straight into this labyrinth of epic monuments.

A savory and flavorful seafood paella at El Burladero, a Spanish restaurant in Recoleta.

A phenomenal assortment of donuts at The Donut Market in Palermo Soho.

An elaborate tomb at the Cemetary in Recoleta. 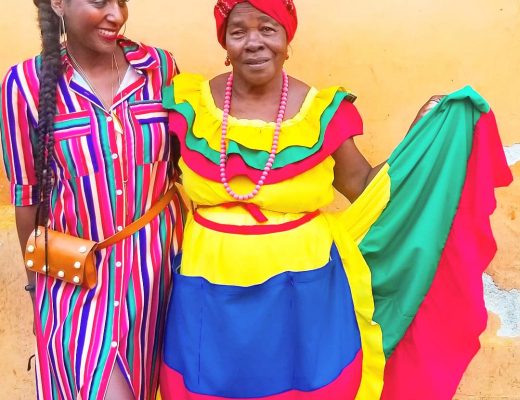 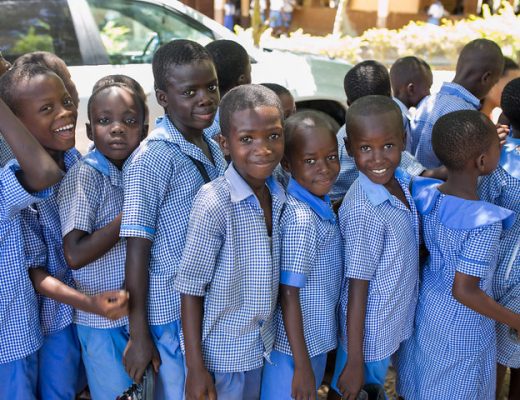 World Day Against Child Labor: A Call To Action 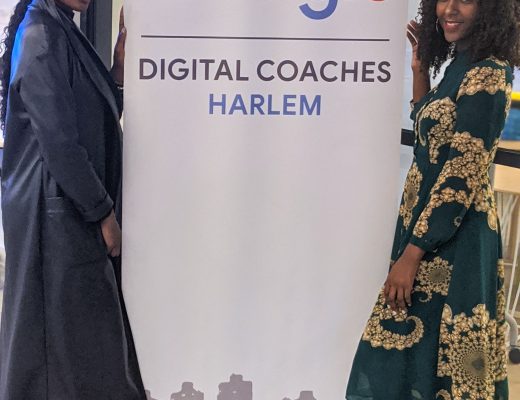